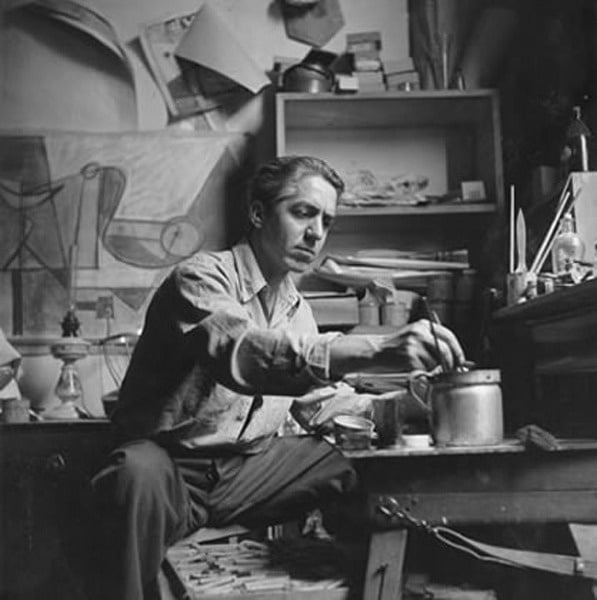 Born in 1921, he graduated in painting in Venice in 1931. After a brief stay in Rome, where he met Corrado Cagli, Scipione and Mario Mafai, he moved to Milan. In the Lombard city he came into contact with other artists such as Birolli, Ennio Morlotti and Arturo Martini. At a time when his painting was still defined as “neo-cubist”, in 1935 he took part in the Quadriennale di Roma and, still in the capital, set up his first solo exhibitions at the Il Milione and Cometa galleries.

In 1950 he moved to New York and, inspired by the American avant-garde, moved his style towards abstraction. Thus, in the 1950s, his international consecration took place, with his participation in Documenta I, the VII Quadriennale di Roma and the Venice Biennale. His works became part of the collections of the most important museums in the world, such as the Guggenheim in New York. He died prematurely in 1976, following health problems.