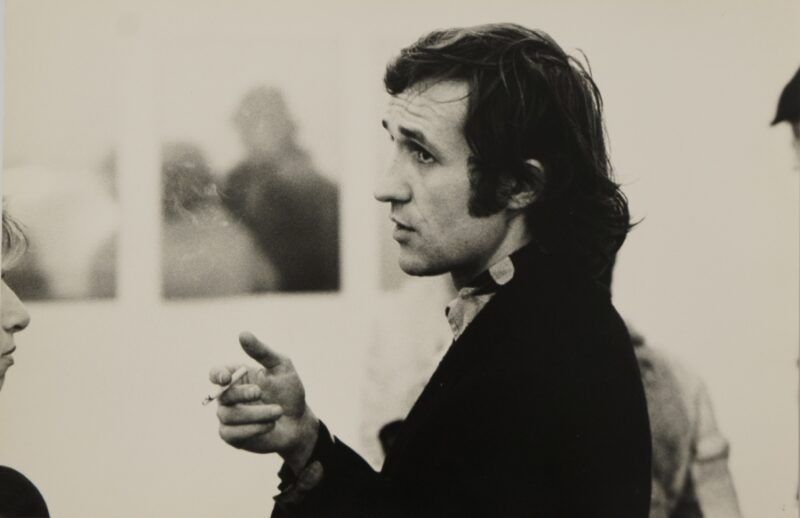 Boetti was born in Turin in 1940. He grew closer to art as self-taught and he attended for a period of time the classes of the University of Economy and Commerce in Turin, but he left them later on. He debuted during the second half of the ‘60s. After the first exhibition at the Gallery Christian Stein in Turin in 1967, he participated to the demonstrations of Poor Art’s movement with a work which distinguished itself for the multiplicity of interests and for the expressive experimentalism. In March 1971 Boetti went for the first time in Afghanistan, where he would have come back twice a year until the soviet occupation in December 1979. He ordered to the Afghan women different types of handiworks, which had been drawn by him and embroidered according to the local tradition. In 1974 Boetti said: “the work of the embroidered Map is the greatest beauty to me. For that work I did not do anything, I did not choose anything, meaning that: the world is made as it is and I did not draw it, the flags are what they are and I did not draw them neither, in short I did not do absolutely anything; when the basic idea emerged, the concept, everything else have not to be chosen”. Moreover, in the same period, he began to sign as “Alighiero e Boetti”. This was the achievement of a reflection on the splitting between reality and language, which had started in the ‘60s with the work “Gemelli” (twins): a postcard which shows the artist while he is holding hands with another himself, similar but not completely identical to him and they are walking together on a tree-lined. When he moved from Turin to Rome, he became a pioneer and protagonist of the Conceptual Art in Italy, thanks also to his interests for philosophy, mathematics and alchemy. After a cold beginning close to the American Minimalism, Boetti switched to figurative solution which was tinged with irony and joyful chromatic elegance: draws of repeated cross-hatching by ballpoint pens, combinations of letters of the alphabet on chessboards, commas on blue background as a new cosmology and multiplied masks. The organization for the production of the works was well tested during the ‘80s and the ‘90s, when the artist received a lot of purchases for great installations at sets of museums. The works on paper became always more and he experienced new realizations like mosaics. The organisational aspect of the work was followed by the external contribution of the other people. In 1990 Boetti was invited at the Biennial of Venice with a personal room. The artist died in Rome in 1994. From the same year the Archive Alighiero Boetti, has been preserving and promoting the work of the artist in Italy and in the foreign countries and it also contributes to the realization of personal exhibitions and collectives at national and international institutions.