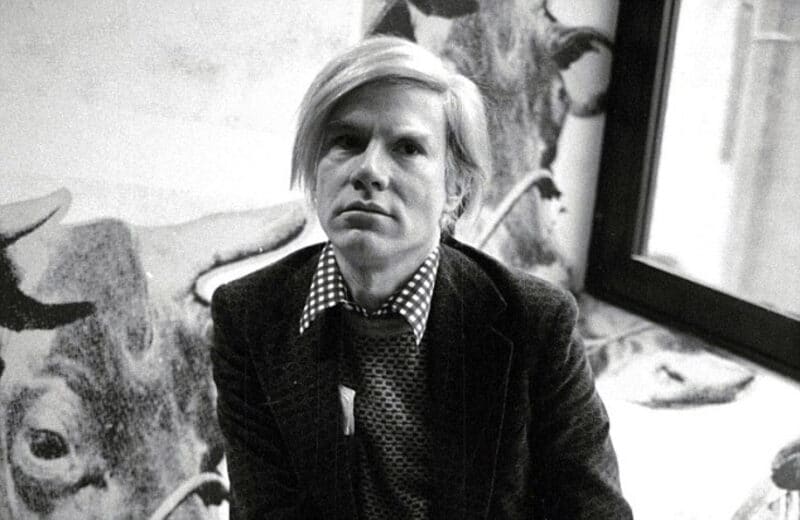 Andy Warhol was born in Pittsburgh in Pennsylvania in 1928. Between 1945 and 1949 he studied at Carnegie Institute of Technology of his city. He moved to New York, where he worked as advertising graphic designer of some magazines: ‘Vogue’, ‘Harper’s Bazaar’, ‘Glamour’. He was also a window-dresser and made his first advertisement for I.Miller shoe factory. In 1952 he had his first personal exhibition at Hugo Gallery in New York. He also drew serigraphy works. Around 1960 Andy Warhol started realizing his first paintings inspired by comics and advertising images. In such early works notorious characters appeared, like Dick Tracy, Popeye, Superman and Coca Cola bottles. In 1962 Warhol started employing the printing technique of serigraphy, focusing his attention on the reproduction of common images, worthy of the title of ‘Symbol Icons’ of his time. He also treated very tense subjects, like ‘Car Crash’ and ‘Electric Chair’. In the following years he decided to take on a larger project, launching himself as entrepreneur of mass creative avant-garde. That was why he founded the Factory, which could be considered a sort of collective workshop. In 1986 Warhol dedicated his time to the portraits of Lenin and some self-portraits. In his late years he also reproduced works by great masters of Renaissance: Paolo Uccello, Piero della Francesca and Leonardo. Taking inspiration from Leonardo, he made the cycle ‘The Last Supper’. He also co-produced some works with Francesco Clemente and Jean-Michel Basquiat. Andy Warhol died in New York in 1987 due to banal surgery.