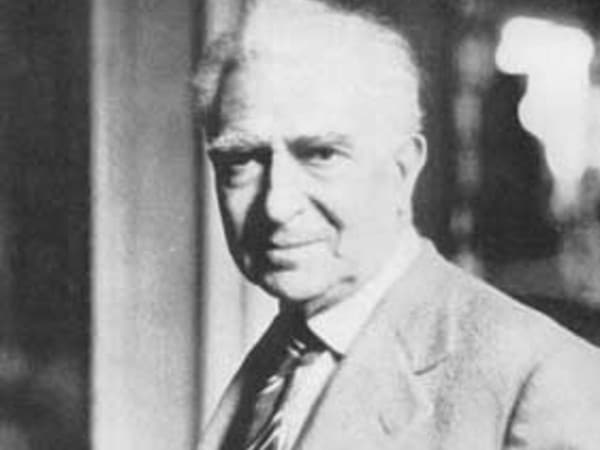 Felice Casorati was born in Novara on 4th December 1883 by Francis, an officer in permanent service actually and Caterina Borgarelli. When the painter was a little child, the profession of his father led the whole Casorati’s family to frequent moves until 1895, when the family went to Padua. In the city of Venice, Felix made his studies until graduating in law in July of 1906 with an interesting thesis entitled “Study on the Court of Assizes.”, which accompanied academic studies in a systematic way, those of nature in art and music. In 1907 three works were submitted to the VII Biennial of Venice and the “Portrait of his sister” was welcomed by the International Commission. In 1908 his family moved to Naples, whose climate depressed him and tightened his melancholy: these were the years of “Old” and “Cousin”. In 1910 “The heiress” took part in the IX Biennial of Venice and he was certainly very impressed by the great individual room dedicated to Klimt. From 1911 to 1915 the family moved again and went to Verona, where the painter worked hard. This was the period of “The ladies”, a work with which he participated in 1912 at the XI Venice Biennial. In 1913 he participated for the first time to the exhibition of artists of Ca ‘Pesaro, where he displayed 41 works. The 1915 was the year of solo exhibition at the Secession Roman, after which he would have been called to arms. In 1917 his father died and after that he brought the happy mother to the sisters in Vercelli. He went in Turin and knew Piero Gobetti. In 1923 Casorati obtained the Presidency of the Promoter of Fine Arts of the Four-room, in which he had freely chosen to invite artists including Giorgio de Chirico, Carlo Carra and Francis Mencius. In 1925 he founded the Society of Fine Arts “Antonio Fontanesi” of which he was President, with Alberto Sartoris, Annibale Rigotti and Mario Sombrero. Always with Sartoris, in 1927 he organized an exhibition of contemporary art that was hosted by the Rath Museum in Geneva. In July 1930 he married Daphne Maugham and two years later, on 2nd July 1934, his son Francis was born. These were the years in which the workers were calling for the theatre. He drew the sets and costumes for Orfeo by Claudio Monteverdi (1934), for “Norma” by Vincenzo Bellini (1935) and for “The Valkyries” by Wagner. In 1939 he was awarded the Painting Prize at the International Exposition of Art in San Francisco and on 1st October 1941 he was appointed Professor of Painting at the Accademia Albertina in Turin, which would have become director in 1952. In the same year he was awarded a solo exhibition at the XXVI Venice Biennial. On 13th September 1960 Elvira’s sister died. In 1961 because of a blood clot which had stopped the flow of the left leg, the doctors were forced to amputate the limb. During the XXXI Venice Biennial in 1962, in the section on “Italian Symbolist Graphics,” Happy was represented by 17 works. On 1st March 1963, after an agony of more than 20 days, Felice Casorati died in his office attended by his wife Daphne, his son Francis, his sister Pina, Dr. Tullio Grassi, Dr. Joseph Bartasso and other faithful friends.