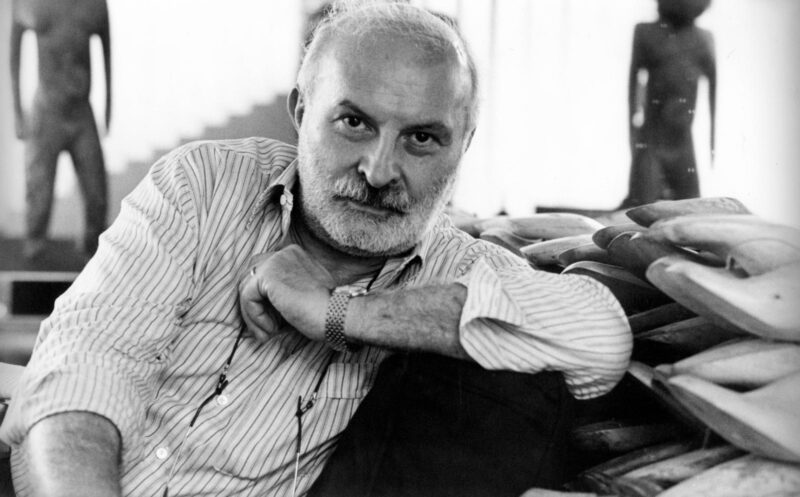 Fernandez Arman (Nice, 1928 – New York), simply called Arman in the artistic field, is one of the most relevant figures of the international artistic panorama of the second half of 20th century. In his childhood he became familiar with items from his father’s antique shop. Being a brilliant student, he started drawing at 10 and was admitted to the Institute of Decorative Arts in Nice in 1946. At the age of 19 he met Yves Klein and Claude Pascal, who became his dearest friends. This was the beginning of a thrilling youth: with his friends he hitchhiked all over Europe and became interested in astrology, philosophy and Buddhism. The sharing of ideals and knowledge of Pierre Restany and Cesar led to the creation of ‘Nouveau Réalisme’ as it was called by Restany, who became their reference critic. Arman’s art slowly started focusing on the object itself and on an accumulation of it; there was an accumulation of real objects, the dregs of society; we can see an example if we examine the series of “poubelles” which appeared in 1959. From 1961 on he took interest in decomposition of subjects through decoupage and focused his research on various bronzes. “Combustions” are dated back to 1963. Two years later, his art turned to the assembly of mechanical elements. During the ‘70s he continued his experimental research, dedicating himself to the inclusion of his classical materials into concrete platforms, called “Beton” in technical jargon. In the ‘80s the range of his works and techniques became wider: he declined and multiplied the various executive procedures: combustion plus bronze, brush-stroke painting, dirty paintings, shooting colours. In the late ‘90s his works consisted of a succession of gestures referred to the object. 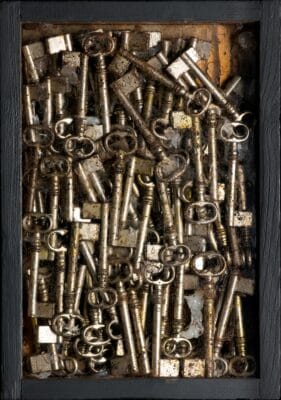 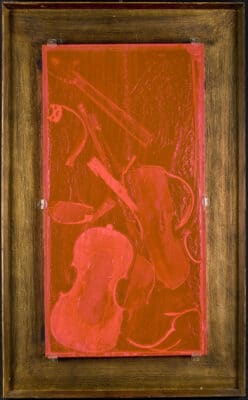 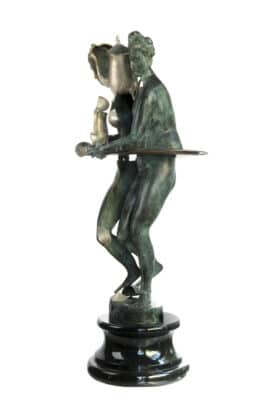