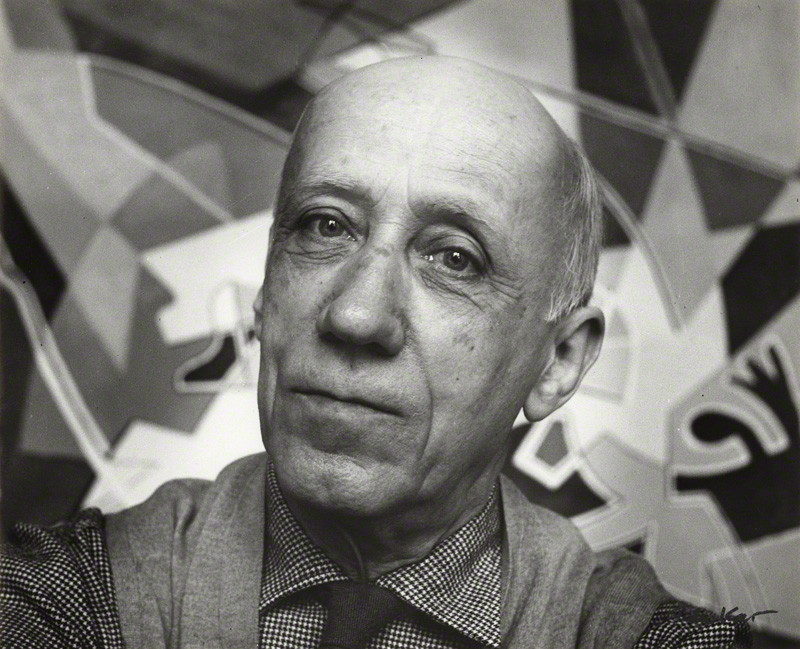 Severini was born in 1883 into a poor family of Cortona in Italy. He studied at the Scuola Tecnica in Cortona until the age of fifteen, when he was expelled from the entire Italian school system for the theft of exam papers. For a while he worked with his father and then in 1899 he moved to Rome with his mother. It was here that he first showed a serious interest in art, painting in his spare time while working as a shipping clerk. With the help of a patron from Cortona, he attended art classes and entered in the free school for nude studies (an annex of the Rome Fine Art Institute) and a private academy. His formal art education ended after two years when his patron stopped his allowance. In 1900 he met the painter Umberto Boccioni. Together they visited the studio of Giacomo Balla, where they were introduced to the Divisionism technique. Severini settled in Paris in November 1906. He lived in Montmartre and dedicated himself to painting. He knew most of the Parisian avant-garde. The sale of his work did not provide enough to live on and he depended on the generosity of patrons. He was invited by Filippo Tommaso Marinetti and Boccioni to join the Futurist movement and was a co-signatory with Balla, Boccioni, Carlo Carrà, and Luigi Russolo, of the Manifesto of the Futurist Painters in February 1910 and the Technical Manifesto of Futurist Painting in April 1910. He was an important link between artists in France and Italy and came into contact with Cubism before his Futurist colleagues. In February 1912 Severini helped to organize the first Futurist exhibition outside Italy at Galerie Bernheim-Jeune in Paris and participated in subsequent Futurist shows in Europe and in the United States. In 1913, he had solo exhibitions at the Marlborough Gallery in London and Der Sturm in Berlin. Severini was less attracted to the subject of the machine than his fellow Futurists and frequently chose the form of the dancer to express Futurist theories of dynamism in art. He was particularly adept at rendering lively urban scenes, for example in Dynamic Hieroglyph of the Bal Tabarin (1912) and The Boulevard (1913). During the First World War he produced some of the finest Futurist war art, notably his Italian Lancers at a Gallop (1915) and Armoured Train (1915). In 1916 Severini departed from Futurism and painted several works in a naturalistic style inspired by his interest in early Renaissance art. After the First World War, Severini gradually abandoned the Futurist style and painted in a synthetic Crystal Cubist style until 1920. By 1920 he was applying theories of classical balance based on the Golden Section to still lives and figurative subjects from the traditional commedia dell’arte. He became part of the “return to order” in the arts in the post-war era. Works such as The Two Pulchinellas (1922) exemplify Severini’s turn toward a more conservative and analytic type of painting, which nonetheless suggests metaphysical overtones. After 1920, Severini divided his time between Paris and Rome. In 1921 he published Du cubisme au classicisme: Esthétique du compas et du nombre, a book summarizing his research into mathematical theories of harmony and proportion. In 1923 and 1925 he took part in the Rome Biennial. He exhibited in Milan with artists of the Novecento Italiano group in 1926 and 1929 and in their Geneva exhibition of 1929. From 1928 he began to incorporate elements of Rome’s classical landscape in his work. In 1930 he took part in the Venice Biennial, exhibited in the Rome Quadrennials of 1931 and 1935 and in 1935 he won the first prize for painting, with an entire room devoted to his work. In the 1950s he returned to his Futurist subjects: dancers, light and movement. He received commissions to decorate the offices of KLM in Rome and Alitalia in Paris and took part in the exhibition The Futurists, Balla – Severini 1912–1918 at the Rose Fried Gallery in New York. In Rome he reconstructed his Pan Pan Dance mosaic, which had been destroyed in the war. He was awarded the Premio Nazionale di Pittura of the Accademia di San Luca in Rome, exhibited at the 9th Rome Quadrennal and was given a solo exhibition at the Accademia di San Luca. Throughout his career he published important theoretical essays and books on art. In 1946 he published an autobiography, The Life of a Painter. Severini died in Paris on 26th February 1966 at the age of 82 years.