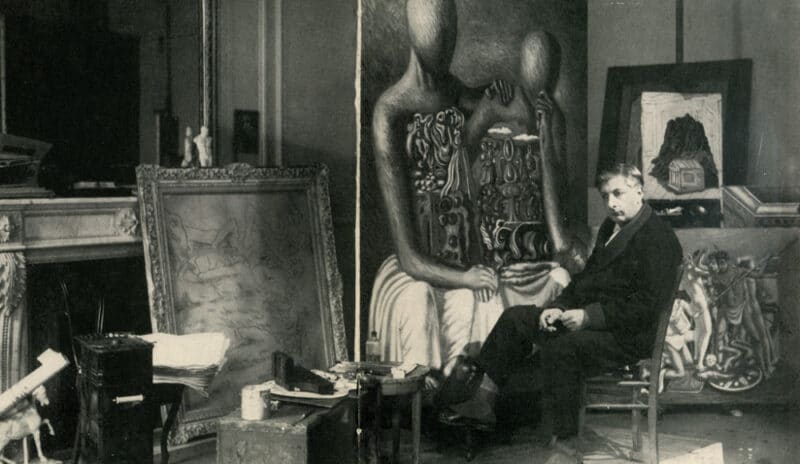 Giorgio De Chirico was born on 10th July 1888 in Volos, Greece. After having attended Athens Polytechnic, he completed his studies at Academy of Venice and Munich, where he took inspiration from the art of German symbolists, especially Böcklin. As a matter of fact, pictures such as ‘Enigma di un pomeriggio d’autunno’ (Enigma of an Autumn Afternoon) were a prelude to latter ‘Piazze d’Italia’ (Italian Squares). In 1912 he displayed his most representative works at Salon d’Automne in Paris: gloomy urban squares, full of solitary monuments and churches closed by blind arcades. In 1914 he introduced iconography of mannequin. In 1915 he painted the metaphysical series of ‘Piazze e delle Torri’ (Squares and Some Towers). In 1917 De Chirico fell ill and was hospitalized at Military Villa del Seminario in Ferrara, where he met De Pisis and Carrà, who led to the beginning of the metaphysical phase. In 1919 he published articles in avant-garde magazines, both artistic and literary. At that time metaphysical subjects were progressively forsaken and 17th century art was approached. Its baroque components became predominant from the ‘40s onwards. De Chirico passed away on 20th November 1978 in Rome after a long illness.