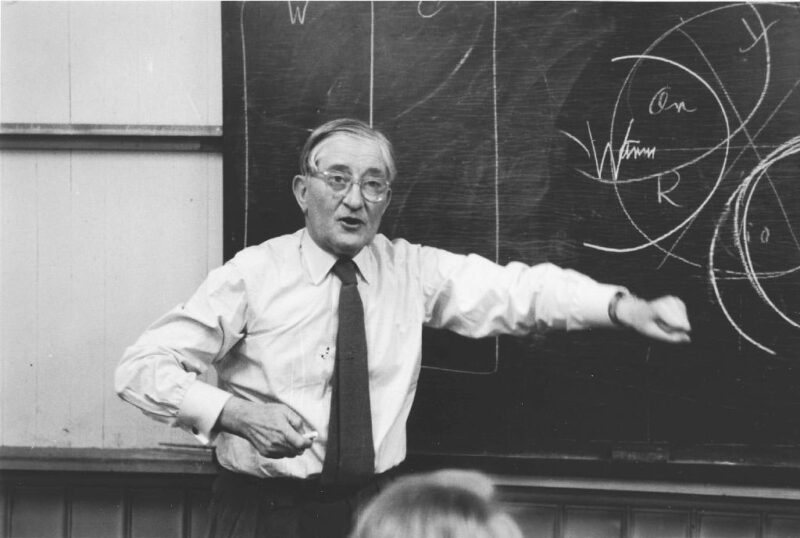 Josef Albers (March 19th, 1888 – March 25th, 1976) was a German Native American artist and educator whose work, both in Europe and in the United States, formed the basis of some of the most influential and far-reaching art education programs of the 20th century. Albers was born in Bottrop, Westphalia (Germany). He studied art in Berlin, Essen and Munich, before being enrolled as a student at the prestigious Weimar Bauhaus in 1920. He began teaching in the preliminary course of the Department of Design in 1922 and he was promoted to Professor in 1925, the year when the Bauhaus moved to Dessau. In this period his work included designing furniture and working with glass. At this time he married Anni Albers (née Fleischmann), who was also a student at the Bauhaus. With the closure of the Bauhaus under Nazi pressure in 1933, Albers emigrated to the United States and joined the faculty of Black Mountain College, North Carolina, where he ran the painting program until 1949. Here his students included Robert Rauschenberg, Cy Twombly, Ray Johnson and Susan Weil, who remarked that as a teacher, Albers was “his own academy” and his main idea was that “when you’re in school, you’re not an artist, you’re a student”, even though he was very supportive of self-expression when one became an artist and began his own journey. Albers produced many woodcuts and leaf studies at this time. Accomplished as a designer, photographer, typographer, printmaker and poet, Albers is best remembered for his works as an abstract painter and theorist. He preferred a disciplined approach to composition. The most famous of all are the hundreds of paintings and prints that made up the series Homage to the Square. In this rigorous series, which were begun in 1949, Albers explored chromatic interactions with flat coloured squares concentrically arranged. Painting usually on Masonite, he used a palette knife with oil colours and often recorded colours used on the back of his works. In 1971 nearly five years before his death, Albers founded the Josef and Anni Albers Foundation, which was a non-profit organization he hoped would further “the revelation and evocation of vision through art.” Today this organization serves not only as the office Estate of both Josef Albers and his wife Anni Albers, but also supports exhibitions and publications focused on Albers works. The official Foundation building is located in Bethany, Connecticut and “includes a central research and archival storage centre to accommodate the Foundation’s art collections, library and archives and offices, as well as residence studios for visiting artists.” The U.S. copyright representative for the Josef and Anni Albers Foundation is the Artists Rights Society. The executive director of the foundation is Nicholas Fox Weber, an author of fourteen books. The Josef and Anni Albers Foundation is represented by The Pace Gallery in New York. Albers’s work can be considered as a transition between traditional European art and the new American art. It incorporates European influences from the constructivists and the Bauhaus movement. Its intensity and smallness of scale are typically European. But his influence falls heavily on American artists of the late 1950s and the 1960s. “Hard-edge” abstract painters have drawn on his use of patterns and intense colours, while Op artists and conceptual artists further have explored his interest in perception.