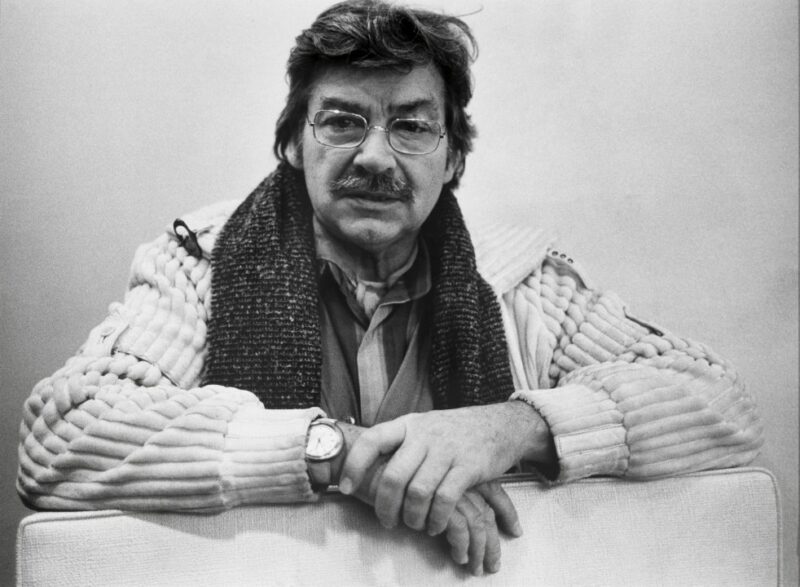 Karel Appel was born in Amsterdam in 1921. He studied at Rijksakademie in Amsterdam and was very fond of French modern painting, but later gained a deep knowledge of other expressive techniques. In 1948 Appel, Constant and Corneille founded the group ‘Reflex’, whereas in Paris with the assistance of Constant, Corneille, Asger Jorn and Pierre Alechinsky, the group ‘COBRA’ came to life. The group gathered artists from Copenhagen, Brussels and Amsterdam and it proposed a reinterpretation of expressionism in an informal and ironical way as opposed to the rigor and order typical of rationalistic trends such as De Stijl. Karel Appel was one of the most important painters of post war time and one of the main representatives of manifesto ‘COBRA’. The northern European group aimed at contrasting bourgeois naturalism, introducing itself as an alternative to main artistic trends and offering a new representation of reality. Formally Jorn, Alechinsky, Appel and their colleagues were characterized by different components: the images of Nordic culture, the automatism of surrealists, the usage of harsh mellow colours and the deformation of shape, both typical of expressionism. It was achieved an aggressive kind of painting, which maintained a figurative nature rich with ironic and grotesque hints. Appel had a preference for colour-based painting, both thick and mellow, in which primary colours prevailed, checked by the presence of black. From chromatic chaos came anthropomorphic shapes, similar to grotesque puppets, rough heads and animal-like shapes. The harsh and aggressive power of works from the ‘50s weakened from the second half of the ‘60s and throughout the ‘70s. Paint-laying was softer and imagines got brighter and clearer. There was no longer the past conflict and research of space prevailed. From the early ‘80s on, Appel’s works went back to the hard and violent painting of the previous years. Following neo-expressionistic painting, he widened the dimensions of pictures. He dips brushes in old-time colours and spreads them on canvas, following a pre-ordered plan. Karel Appel passed away on 3rd May 2006 in Zurich, Switzerland.