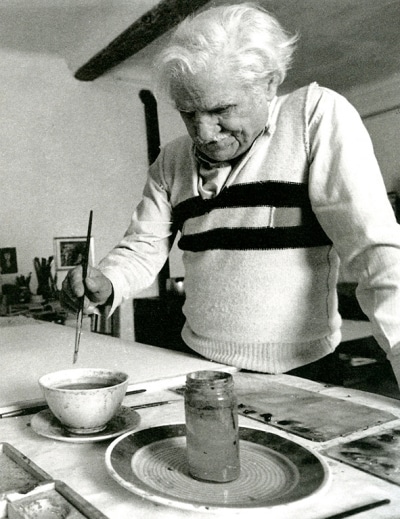 Nigro was born in Pistoia in 1917 but he moved with his family to Livorno in 1929 when he was 12. He graduated in chemistry and pharmacology at the University of Pisa, respectively in 1940 and 1947, while he also was studying music and painting. He worked as a pharmacologist but began to focus more systematically on art in 1948. Having joined the Movimento d’Arte Concreta after an initial post-Cubist period, he moved to Milan in 1949 and held his first solo show at the Libreria Salto. He worked in the field of abstract art from the late 1940s on, producing a number of different series and took part in the Salon des Réalités Nouvelles in Paris in 1951. In 1964 Lucio Fontana invited Nigro to in the 32nd Venice Biennial. In 1968 Nigro was invited again with an entire room exclusively dedicated to his work, cementing his reputation on an international level.